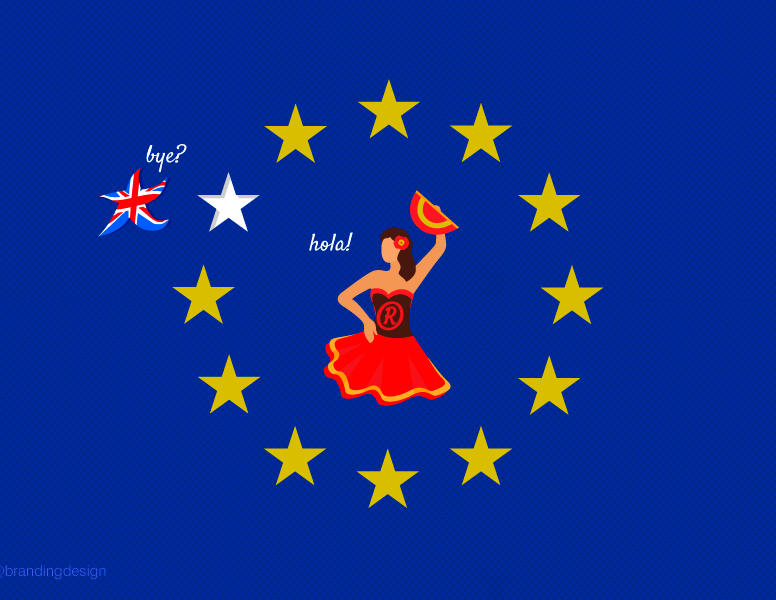 The SPAIN BRAND opportunity after the Brexit.

The SPAIN BRAND opportunity after the Brexit.

You say goodbye, we say hello.

After the refusal of the United Kingdom to remain in the European Union, the Brexit, a very different picture from the actual is taking place for the current markets. This exit from the common market brings many changes in terms of the relations between people living in the old continent: the people’s movement will no longer be free between EU countries and London, with all that this implies. But also companies and brands will have to rethink their strategies to make Europe a market without the United Kingdom.

It’s the opportunity now to strengthen the Spain Brand and all the Made in Spain products. With the changes that will arise, it is necessary to consider strategies that help position the country on the starting line to conquer the spaces that the UK is leaving free.

The Fintexit: the opportunity of Spanish entrepreneurs.

But we don’t know what will happen to the Fintech companies located in the United Kingdom. Although it is still very early since the terms in which the Brexit will be developed are not known, there are several things already clear:

– Brands from outside the EU who chose England to settle allowing them to enter the single market in optimal conditions, should reconsider their options. With the exit of this country from the EU, its conditions would change, so the new companies would not take England into account as an option to enter Europe.

– The top corporation’s escape from London. Many multinationals that were established in the country have already announced that at least part of their activities would be transferred to the rest of the continent, making England’s business figures decline significantly.

The question now is to know the fate of these companies and brands. Other European countries, including France, Germany, Holland, Spain and Luxembourg are conducting attraction plans both for large companies and brands that are starting and the startups. What is clear is that the country that becomes England’s heir at this point, will achieve not only investment’s growth but attracting talent, and the option to become the Silicon Valley on the other side of the ocean.

This is where Spanish innovators have their chance to support the country so that it becomes a place where investments grow and also where new companies can stablish in order to portend a more favorable outlook for innovation projects.

Gone are the times in which in order to create a successful company this had to be settled in London. Moreover, in 2013 El Mundo newspaper published a story about the creation of the London Creative Circle, an initiative of Spanish entrepreneurs.

The things have changed now, and it is time for Spanish brands to place a bet in order to grow in a foreign country where no longer exist the same game rules as a few months ago. It is also time to seek new business models that allow them to grow in a different panorama.

The companies already established in the English-speaking country, or those who consider that their market is there, must focus on a common branding that allow them to distinguish themselves. But that Made in Spain brand will have to bet on innovation and creativity especially to fight against other startups from other countries.

While others will bet on lowering prices to maintain the consumption of their products, experts will bet for the development of strategies to build the identification of common values of a Spanish brand with the values of the English consumer. Here, the door of creativity upon the possibilities for Spanish brands will be opened: and the fact is, that Made in Spain creativity is highly valued, serving as an example the broad implementation of the Spanish fashion not only in England, but throughout the world.

Creativity, Quality and being different from the competitors should be the hallmarks of the Spanish brands. They should know how to offer an additional quality point to their customers to succeed in foreign countries, because the reduction of the prices will not be an option in such a highly competitive market that is thought will be created.

Therefore, the Spanish brands shouldn’t think about the Brexit as an obstacle but as an opportunity to succeed in foreign markets. There will be risks and is important to know how to calculate them in an accurate way, but facing the emergence of this new market, there are no previous experiences that can help to check them. For sure, offering good quality and great creativity, will be undoubtedly a synonymous of success.

This site uses Akismet to reduce spam. Learn how your comment data is processed.